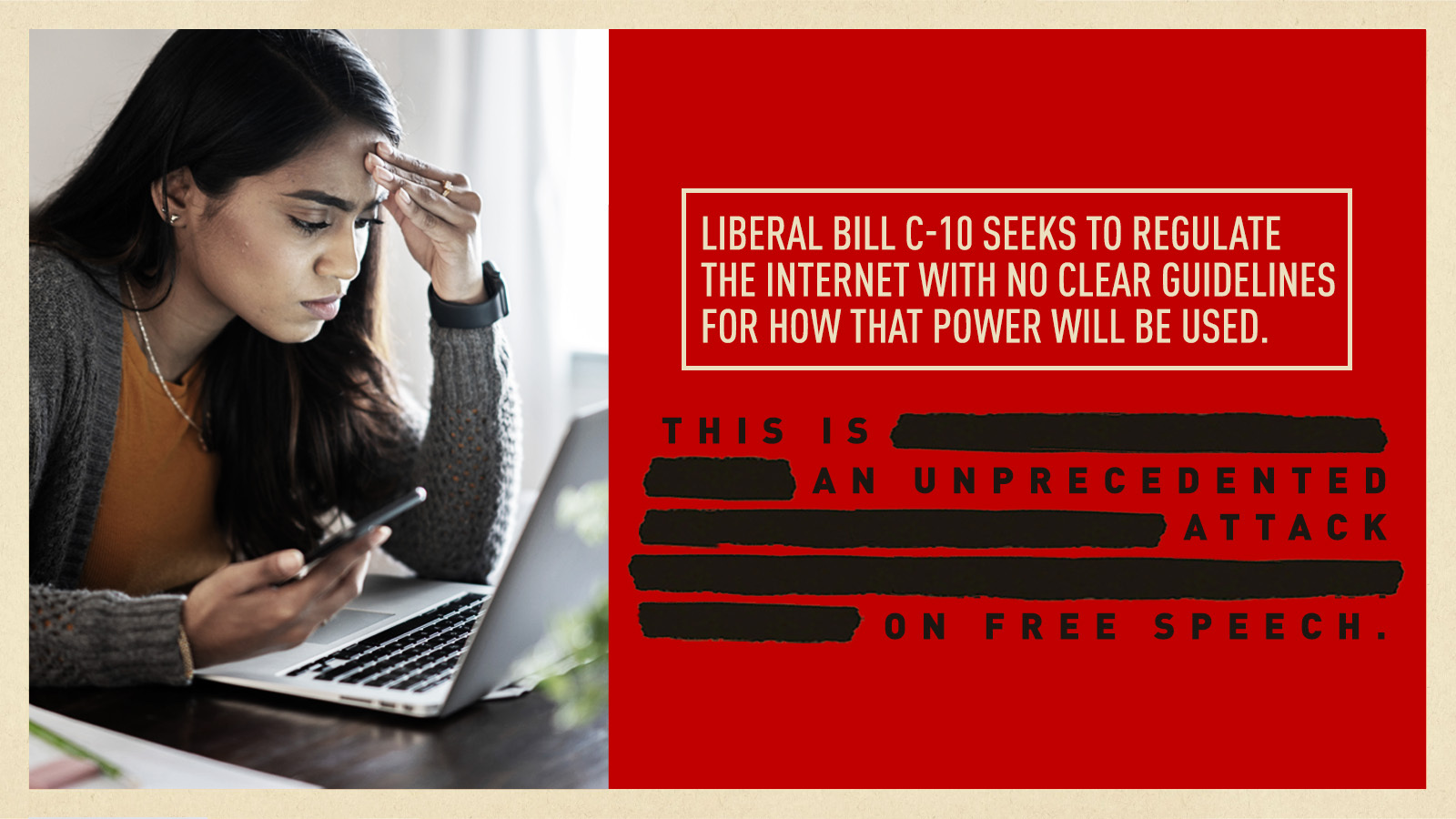 The Liberals are attempting to regulate the internet with undefined new government powers controlling what Canadians access online.  This legislation gives sweeping power to the Canadian Radio-television and Telecommunications Commission (CRTC) to regulate the internet, including individual users, with no clear guidelines for how that power will be used.

But don't take it just from me - Canada Research Chair in Internet and E-Commerce Law at the University of Ottawa, Michael Geist, stated that “the Liberals have become the most anti-internet government in Canadian history.” Geist laid out his main critiques of the Liberals’ approach to internet censorship as follows:

Sign up here if you agree we should shut down Bill C-10's attack on free speech.